Operating as a house band for such an enormous tourist destination has allowed these guys and gal to hone their craft.  Their ability to establish a relationship with an audience is vital to their success on a nightly basis.  Now, they're bringing that B Street Benny music experience to you. 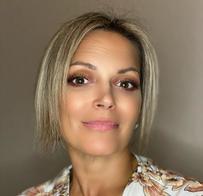 We are excited that you've stopped  in for a visit.  B Street Benny has been a household name in the French Quarter of New Orleans for more than a decade.  We've entertained hundreds of thousands of people.  For years B Street Benny has become part of vacation itinerary.  Now, we're taking the party off the streets and bringing it to you. 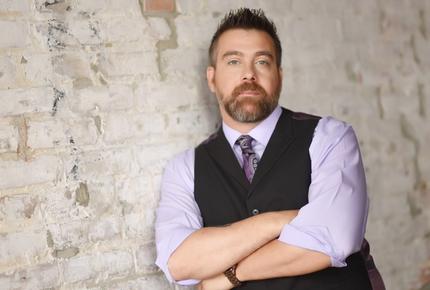 Brad Lewis is a Louisiana native who grew up on the shores of southern England.  He returned home to LA at the age of 21 to pursue a career in music.  Back in England, Brad began playing guitar at age 15.  He was heavily impassioned by the roots of blues music.  He would soon find himself crossing the globe to reunite with family and the state which was once home.

He spent a number of years playing the Baton Rouge blues circuit as the guitarist for the late great Raful Neal.  He was a familiar face as the host of two of the city's hot spot blues jams.  Here is where he met his wife.  They would soon share the stage together nightly and begin collaborating on their original project Tribal Butterfly.  They spent a few years writing the collective of songs which would become their album "Fifteen Dollar Hotel Room" produced by Anders Osborne.

During this time Brad began playing with the Wild Magnolia Mardi Indians.  This endeavor led to stages all across the country including the Rochester International Jazz Festival, Portland Waterfront Festival, California World Festival and the Acura Stage at the New Orleans Jazz and Heritage Festival to name a few.  But most importantly, the Wild Magnolias 5 year stint would lead Brad to a passion for Bass guitar, when he opted to play the instrument as a result of a scheduling conflict.

Years later, Brad's own Bourbon Street band, B Street Benny would have an opening for a new bassist.  Rather than hiring one, Brad devoted all of his energies to studying bass and took the position himself for what he stated was a "much needed change of pace."  His studies and dedication paid off and he soon became a much talked about bassist in the downtown circles.  Before long, Brad would find himself with a full work schedule on both guitar and bass with his preference leaning towards the latter.

After venturing into various other projects, Brad has returned home to the adventure that he first began to lead as musical director.  His attention to detail is perfectly suited to this position.  He returns to once again work with his wife of 15 + years.  If there were ever a moment when the old adage "come full circle" is applicable, it would be now.  One could even say, everything is copacetic.

TJ Lewis is a South Louisiana native having grown up along Bayou Lafourche.  She began singing at the ripe old age of 5.  She spent much of her youth devoted to studying music.  She began training opera through the Louisiana State University Music Dept at age 12.  She moved from home at age 16 to attend Louisiana School for Math, Science, and the Arts where her studies allowed her to major in Vocal Performance for her Junior and Senior years of high school.

She has had the distinct honor of singing for a Christmas Celebration in the White House as well as stages across the US including Las Vegas and Los Angeles as well as much of the Gulf Coast including Walt Disney World.

Some of her former projects, all of which she fronted with husband and guitarist Brad Lewis at the helm,  included Choker (alternative rock) and Tribal Butterfly which was an original project she and her husband had for many years.  Tribal Butterfly's debut album produced by Anders Osborne never reached completion as it was in the mastering stage pre-Katrina.  The infamous storm wiped out both the studio and the mastering lab which housed their efforts.

She shared the stage with Anders Osborne as well as the Wild Magnolia Mardi Gras Indians as a special guests for many years.  She's also opened up for Marva Wright, Irma Thomas and Vanilla Ice.

TJ has been a familiar face to tourists from around the globe perfoming nightly on Bourbon Street for more than a decade running.

Her tone is rich and unique and she has a chameleon like ability which allows her to cover a vast range of styles.  More importantly she loves what she does and it shows. 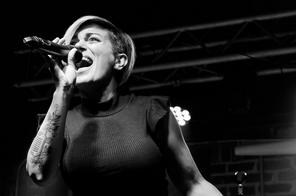